Chloroquine-induced neuromyopathy is a complication of chloroquine treatment of autoimmune disorders or long-term use of chloroquine as a prophylactic antimalarial drug. Many mental changes attributed to chloroquine have been described, notably agitation, aggressiveness, confusion, personality changes, psychotic symptoms, and depression. Acute mania has also been recognized. The mental changes can develop slowly and insidiously. Subtle symptoms, such as fluctuating impairment of thought, memory, and perception, can be early signs, but may also be the only signs. The symptoms may be connected with the long half-life of chloroquine and its accumulation, leading to high tissue concentrations.

Chloroquine also inhibits glutamate dehydrogenase activity and can reduce concentrations of the inhibitory transmitter GAB A. In some cases with psychosis after the administration of recommended doses, symptoms developed after the patients had taken a total of 1. Most cases occurred during the first week and lasted from 2 days to 8 weeks. Transient global amnesia occurred in a healthy year-old man, 3 hours after he took mg chloroquine. Recovery was spontaneous after some hours. 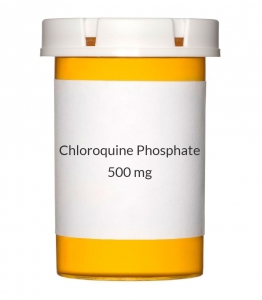 In one center, toxic psychosis was reported in four children over a period of 18 months. The children presented with acute delirium, marked restlessness, outbursts of increased motor activity, mental inaccessibility, and insomnia. One child seemed to have visual hallucinations. In each case, chloroquine had been administered intramuscularly because of fever. The dosages were not recorded.

The children returned to normal within 2 weeks. Hypoglycemia was reported in a fatal chloroquine intoxication in a year-old black Zambian male. Hypoglycemia has also been seen in patients, especially children, with cerebral malaria.

Further studies have shown that the hypoglycemia in these African children was usually present before the antimalarial drugs had been started; in a study in Gambia hypoglycemia occurred after treatment with the drug had been started, although it was not necessarily connected with the treatment. Convulsions were more common in hypoglycemic children. This commonly unrecognized complication contributes to morbidity and mortality in cerebral Plasmodium falciparum malaria. Hypoglycemia is amenable to treatment with intravenous dextrose or glucose, which may help to prevent brain damage.

In a special test procedure, a short-lasting anti-aggregating effect could be seen with chloroquine concentrations of 3. These effects have clinical consequences.

Chloroquine and related aminoquinolines have reportedly caused blood dyscrasias at antimalarial doses. Leukopenia, agranulocytosis, and the occasional case of thrombocytopenia have been reported. There is some evidence that myelosuppression is dose-dependent. This is in line with the hypothesis that 4-aminoquinoline therapy merely accentuates the cytopenia linked to other forms of bone marrow damage. Some studies have pointed to inhibitory effects of chloroquine on platelet aggregability. In an investigation, this aspect of chloroquine was studied in vitro in a medium containing ADP, collagen, and ristocetin.

There was a highly significant effect at chloroquine concentrations of 3. However, there were no significant differences in platelet responses to ADP or collagen 2 or 6 hours after adding chloroquine, compared with pre-drug values. The investigators believed that these data provided no cause for concern in using chloroquine for malaria prophylaxis in patients with impaired hemostasis.

Two such cases are reported here to illustrate the condition. Stomatitis with buccal ulceration has occasionally been mentioned. Gastrointestinal discomfort is not unusual in patients receiving chloroquine, and diarrhea can occur. Changes in intestinal motility may be to blame; intramuscular injection of chloroquine caused a shortened orofecal time in the five cases in which this was measured. Overdosage can cause vomiting. Chloroquine can turn the nail bed blue-brown and the nail itself can develop longitudinal stripes and show a blue-grey fluorescence. Allergic contact dermatitis, which progressed to generalized dermatitis and conjunctivitis, followed later by severe asthma, occurred in a year-old worker in the pharmaceutical industry after exposure to hydroxychloroquine.

Patch-testing showed delayed sensitivity to hydroxychloroquine. Equivalent tests in five healthy volunteers were negative. The patch test reactions were pustular, and a biopsy was interpreted as multiform contact dermatitis. Bronchial exposure to hydroxychloroquine dust produced delayed bronchial obstruction over the next 20 hours, progressing to fever and generalized erythema hematogenous contact dermatitis. Skin lesions and eruptions of different types have been attributed to chloroquine, including occasional cases of epidermal necrolysis. The most common dermatological adverse event associated with chloroquine is skin discomfort often called pruritus.

Pruritus begins about 10 hours after the start of treatment, with a maximum intensity at about 24 hours. These times correspond to maximum serum concentrations of chloroquine and its metabolites after oral ingestion. In many cases, the itch is confined to the palms of the hands and the soles of the feet. In a second study, there was an even higher incidence. Not surprisingly, pruritus is a major cause of non-adherence to treatment, and it may contribute largely to the emergence and spread of resistant P.

Pruritus is more often seen in black-skinned than in white-skinned people in Africa, a difference that has been ascribed to the binding of chloroquine to melanin, and hence a racial predisposition. No such reports have come from America. Antihistamine treatment can have a preventive effect on pruritus. Other treatments that have been mentioned include prednisone and niacin, but the results were not impressive. A few cases of psoriasis, or severe exacerbation of psoriasis shortly after the start of treatment, have been reported.

Photosensitivity and photo-allergic dermatitis have been seen, particularly during prolonged therapy with high doses. Blue-black pigmentation involving the palate and facial, pretibial, and subungual areas occurs rarely, but it has been associated with retinopathy. The nail bed can turn blue-brown and the nail itself may develop longitudinal stripes and show a blue-grey fluorescence. A year-old woman with rheumatoid arthritis took hydroxychloroquine mg bd for painful synovitis, in addition to meloxicam, co-dydramol, and Gaviscon.

She inadvertently took twice the prescribed dose of hydroxychloroquine, but stopped it after 2 weeks because of nausea. The next day she developed a widespread blotchy erythema and 2 weeks later was admitted to hospital with clinical and histological toxic epidermal necrolysis and deteriorated rapidly with multiorgan failure; she died 1 week later.

There have been only a few isolated reports of Stevens-Johnson syndrome associated with hydroxychloroquine. Recently, a clear temporal relation to the start of treatment with hydroxychloroquine has been documented in a patient with rheumatoid arthritis. An increased frequency of skin reactions to hydroxychloroquine was noted in 11 patients seven of whom had systemic lupus erythematosus, two discoid lupus, and two a lupus-like syndrome when a coloring agent sunshine yellow E was removed from the formulation; the authors were unable to explain this unexpected finding.

There have been four case reports of photosensitivity associated with hydroxychloroquine which has an estimated incidence of about 10 per patient-years.


Hydroxychloroquine causes skin reactions such as urticaria. There is some support for the contention that hydroxychloroquine causes skin reactions more often than chloroquine. Chloroquine and its congeners can cause two typical effects in the eye, a keratopathy and a specific retinopathy. Both of these effects are associated with the administration of the drug over longer periods of time. Chloroquine-induced keratopathy is limited to the corneal epithelium, where high concentrations of the drug are readily demonstrable.

Slit lamp examination shows a series of punctate opacities scattered diffusely over the cornea; these are sometimes seen as lines just below the center of the cornea, while thicker yellow lines may be seen in the stroma. The commonest symptoms are the appearance of halos around lights and photophobia. Dust exposure can lead to similar changes.

The condition is usually reversible on withdrawal and does not seem to involve a threat to vision.